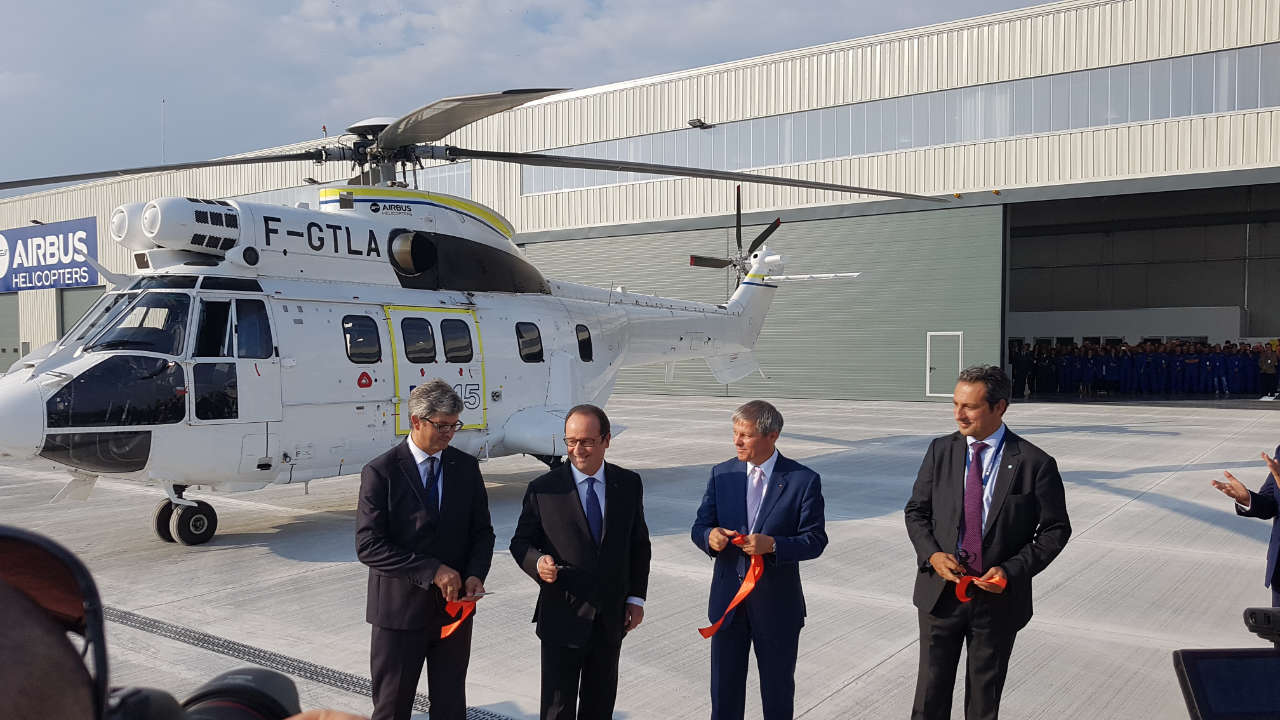 Links supported Airbus Helicopters for the launch of its new factory in Romania to host the production of the robust, and cost-effective H215 helicopter.

In a ceremony held on 13 September by French President Francois Hollande and the Romanian Prime Minister Dacian Ciolos, Airbus Helicpters’ set down the inauguration of Airbus Helicopters Industries new production site in Brasov, Romania. The new factory – a €52M investment by Airbus Helicopters- will host the production of the H215, a twin-engine, versatile, economic and robust helicopter with multi-mission capabilities.

“It has been an honour to hold this ceremony in the presence of the French President and Romanian prime Minister for this is the beginning of a project which will be an important contribution to Romania’s aeronautic industry.” said Serge Durand, General Director Airbus Helicopters Industries. “Airbus Helicopter’s has a 40 years successful story in Romania and today’s event is a big step forward in the long partnership between the 2 countries”.

The 10.000 m2 factory is now ready and the tools and equipment for the production and assembly of the new helicopter are being installed. “The first H215 100% made in Romania could come out of the Final Assembly Line in Brasov in 2018, providing we receive a significant order soon. The production will increase continuously to reach 15 helicopters per year by 2020”, added Serge Durand.

The plant in Ghimbav will employ 350 people when it reaches full production capacity and the first recruits have already started a training period in the company’s site in France. Airbus is also committed in the training of the young generation and has concluded a partnership with the technical College Transilvania. The first 28 students included in this program were also present today’s opening ceremony. Upon graduation, they will get diplomas of helicopters technicians, superior technicians and engineers.

Both EASA and FAA certified, the H215 is equipped with the latest, most modern technologies meeting the latest safety requirements of the market. It long range capabilities, power, speed and large useful payload make suitable for a wide range of missions providing a modern and cost-effective solution for markets such as utility, United Nations peacekeeping operations and logistic support missions